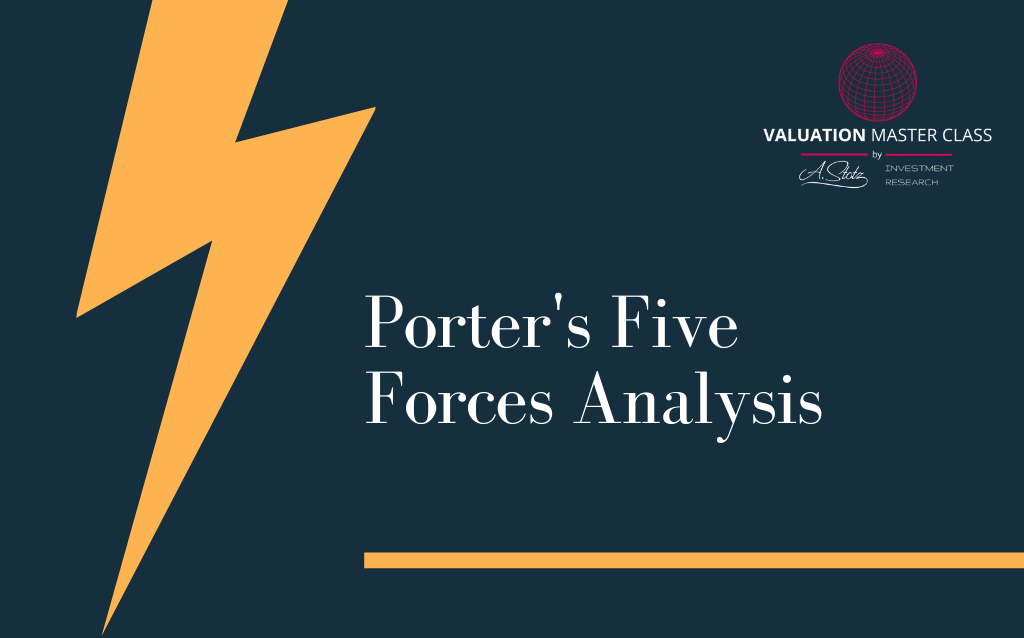 For every organization, it is the utmost importance for strategists to enhance long-term profits.  Strategy consultants often use Porter’s five forces as the framework or starting point, when making an evaluation of a firm’s strategic position. So, what are porter’s five forces? By simple definition, porter’s five forces model is an analysis tool that uses five industry forces to determine the intensity of competition in an industry and its profitability level. The five forces are namely: (1) Threat of entry (2) Threat of substitutes (3) Rivalry among existing competitors (4) Power of suppliers (5) Power of buyers. By understanding each of Porter’s five key forces in a particular industry, strategists can identify what strengths or weaknesses can be exploited to strengthen the position of the organization.

The real point of the competition is not to beat your rivals, but to earn profits. To produce better P&L, an organization needs to have a well-thought strategy in place, so when facing competition, they will be able to achieve superior performance.  A popular starting point to formulate a strategy is by using Porter’s five forces analysis.

Porter’s five forces are based on the insight that a corporate strategy should meet the opportunities and threats in the organization’s external environment. Porter has identified five competitive forces that shape every industry and every market. These forces determine the intensity of competition and hence the profitability and the attractiveness of an industry. By understanding these five forces, it allows the organization to reshape itself to beat the average industry profit. In order to do that, Porter suggests the followings: 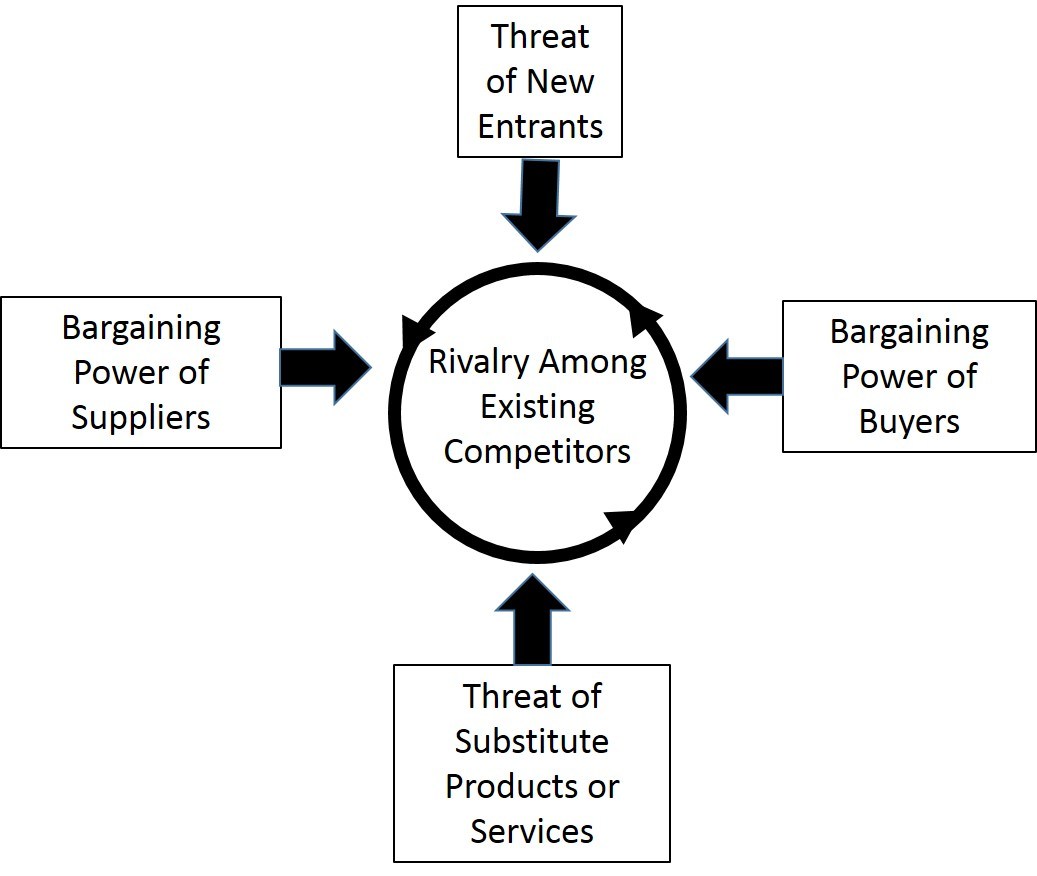 The Five Forces Are Namely

The threat of entry dampens profitability in two ways. It caps prices because higher industry prices would make entry more attractive to newcomers. At the same time, incumbents typically have to spend more to satisfy their customers. Furthermore, new entries to an industry often bring new capacity and the desire to gain market share, and often with substantial resources. Sometimes this might cause a shakeup in the industry, especially from those entrants who have enormous resources. The gravity of the threat of entry depends on the current barriers to entry and the reaction from existing competitors that the entrants can expect. If the threat of entry is high, profitability will drop because prices are lower and costs went up.

Reference to “The five competitive forces that shape strategy” Porter states that there are seven major sources of barriers to entry namely:

To scare off new entrants, the industry can elevate the fixed costs of competing; for instance, by escalating the R&D expenditures.

Investopedia.com defines substitutes as a product or service that a consumer sees as the same or similar to another product and also defines price elasticity as the percentage change in quantity demanded divided by the percentage change in price. Substitutes impact the product’s price elasticity. When more substitutes become available, demand becomes more elastic as customers have more alternatives. This places a limit on the industry’s profitability. If the threat of substitutes is high, profitability will be lower because costs went up.

Reference to “The five competitive forces that shape strategy” Porter states that the threat of a substitute is high if:

If an industry did not differentiate itself from the substitute, it will suffer in terms of profitability and often also growth potential. To limit the threat of substitutes, the industry should offer better value through wider product accessibility.

In the traditional economic model, competition among rival firms drives profit to zero. The degree to which rivalry drives down an industry’s profit depends, first on the intensity with which companies compete and, second, on the basis on which they compete. It will be destructive to profitability if the competition is solely focusing on price because price competition transfers profits directly from an industry to its customers. If the rivalry among existing competitors is high, profitability will drop because prices will be lower and costs will go up.

Reference to “The five competitive forces that shape strategy” Porter states that the intensity of rivalry is greatest if:

A producing industry requires raw materials, e.g. labor, components, and other supplies. Powerful suppliers will use their negotiating leverage to charge higher prices or insist on more favorable terms. In either case, it will lower industry profitability.

Reference to “The five competitive forces that shape strategy” Porter states that a supplier group is powerful if:

To neutralize supplier power, standardize specifications for parts so that the company can switch more easily among vendors.

When the buyer power is strong, the industry is nearing to what economist defines as a monopsony — a market situation in which there is only one buyer. Under such market conditions, the buyer sets the price and have the negotiating leverage relative to industry participants. A powerful buyer will force prices down or demand more value in the product, thus capturing more of the value for themselves.

Reference to “The five competitive forces that shape strategy” Porter states that buyers are powerful if:

To counter buyer power, expand the services so it will be harder for customers to leave for a rival.

Porter’s five forces are not static but dynamic

In this fast-changing world, industry structures keep changing, causing all the forces to shift over time impacting industry profitability. Over time, buyers or suppliers can become more or less powerful. Managerial or technological innovations can cause new entry or substitution to increase or decrease. The choices managers make or changes in regulation can influence the intensity of rivalry. Industry forces are not static but dynamic. Changes will happen in every industry, the better the understanding of the industry structure, the easier it is for one to identify changes and to exploit new strategic opportunities.

The main focus of competition should be earning profits and not taking business away from rivals. By using Porter’s five forces, one can gain a complete picture of what’s influencing profitability in the industry and exploit them. Like the ever-changing business world, industry structure and forces are not static but dynamic. By identifying the game-changing trends early, one can spot ways to work around the constraints on profitability or even reshape the forces in a favorable sense.