The ValueModel is a three-stage model can be applied to cover three phases of a company’s growth life cycle (high growth, low growth, smooth transition between the two phases).

The first of the three stages is the discrete period that covers the first 5 years of forecast in which all items are forecasted precisely based on your assumptions, the terminal period which uses a low growth rate that can be sustained into perpetuity and derives the value for future years, and the fade period which connects the discrete period with the terminal period by fading profitability, growth and others.

For this forecasting guidance, I will focus on the forecast and discountval sheet and share my thoughts on how to establish solid assumptions. The forecast section is divided into three major categories: P&L, balance sheet and cash flow statement.

Note: Sometimes I name the forecast variable, sometimes the actual item from P&L or BS. This is based on which number I finally check when doing my forecast. In some cases, it does not make sense to look at very volatile growth numbers, but instead look at actual numbers and the CAGR. I strongly suggest you use the CAGR button in the ValueModel (Ribbon “ASIR FIN MODEL”). Just mark the relevant cells and click the button to receive the compound annual growth rate.

When doing valuation, it is always important to look at the bigger picture. Please keep in mind that there are only four ways to increase value: increasing revenue, reducing cost, reducing the investment amount and reducing risk.

If you have absolutely no idea how to forecast a certain item, our common-size P&L and balance sheet analysis by industry can give you an indication: https://slimwiki.com/a-stotz-investment-research/sector-specific-issues 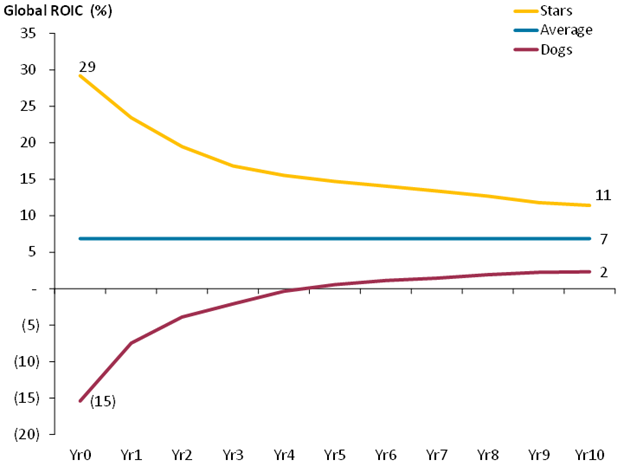