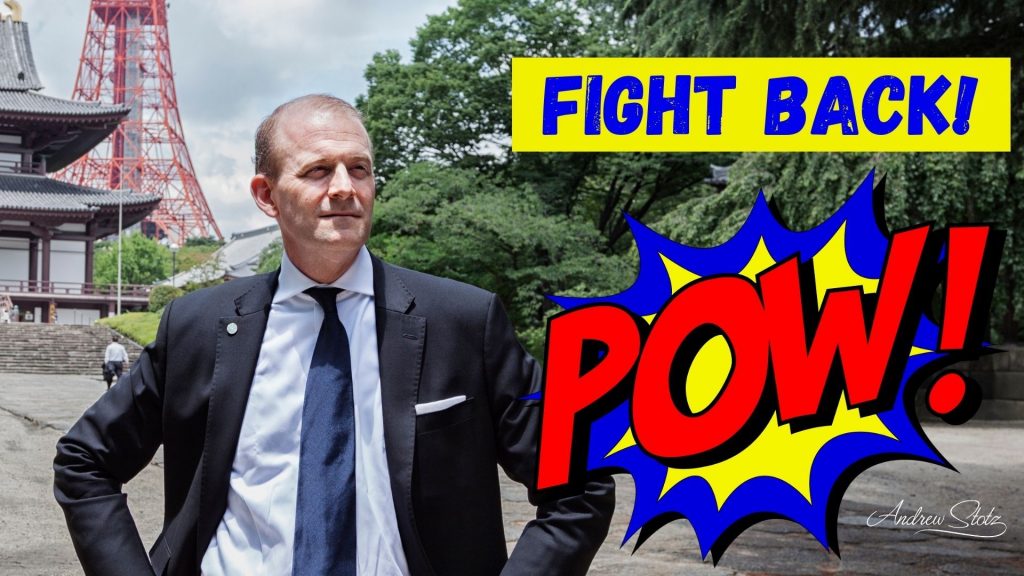 The trouble you face is not your fault, and I’m gonna show you how you can fight back.

Has your exam been canceled?

Your school doesn’t allow you to attend classes?

Have your dreams been crushed? Have you lost control?

I recently talked to five young people, and this is what they told me:

One lost his chance to get an internship because his parents wouldn’t let him leave the house. Why? Because they feared he would get sick.

Another learned that the dream job she worked so hard to get was no longer available because of the economic shutdown.

Another saw his dream of studying in Italy fade away.

One saw her happiness slip away as she was surrounded by negative news and people repeating that news.

But, the one that hit me the hardest was the woman who felt like she had lost control of her life, that adults had deprived her of her ability to make her own decisions.

It’s painful to hear their struggles. I know the feeling because I have faced many challenging circumstances in my life.

After hearing these stories, I decided to list out a few things that have helped me get back on my feet and fight back.

First, I told myself that the tougher things got, the more I would rise to the challenge. Hit me hard, and I come back stronger.

Second, I learned that if things were going to get better, it was only because I decided to make them better. I became a man of action.

Third, I turned off the news and turned away negative people. My mind is a sacred place, and I decide, not someone else, what goes in it.

And fourth, I focused on what I could change in my life today. Right now.

Recommit to your dreams

When I was young, I dreamed of career success, being happy in my job, being financially independent, and making enough money to take care of my family. And, you have a right to your dreams too. I challenge you to recommit to your dreams today. Right now. Write them down and read them out loud every day!

It’s not all your fault

Now, I’ll let you in on a bit of a secret. When I was young, I didn’t realize that many of the challenges I faced were not my fault. I learned this from watching politicians and greedy adults panicking about the latest drama they had in their lives. I knew that the consequences of their panic could really hurt me. Now, this will sound strange because we are told all our lives to take responsibility, but it was an empowering feeling when I realized that my struggles were not all my fault.

Don’t get trapped in fear

At that moment, I decided I was not going to let the current situation delay my success, waste my time, or get me off track. But, before I made that commitment, I would get trapped in fear. But, I learned to overcome my fear of not reaching my goals by focusing on what I could change today. Right now. I would often refer back to my written goals of what my successful and happy life was going to look like.

Take control of your life

As I grew up, many of my suspicions were confirmed when I realized that most people around me had no real interest in my needs. Most teachers didn’t really care about me; they were mainly thinking about themselves. Older people who used to impress me turned out to be dim-witted and selfish. Later, I realized that most of us are caught in the middle of a battle between politicians, countries, and the wealthiest people. Once these suspicions were confirmed, I really took total control of my life.

Fight back and make your mind your own

Take your power back

This is my little contribution to making the world a better place. I challenge you today, right now, to write down your goals and recommit to them. Turn off the news, find positive friends, and focus on what you can change in your life today! Take your power back!

One last thing. I have found that powerful music and inspiring quotes have helped me get back on track and stay focused. So below, I have listed some songs and quotes that inspire and motivate me in times of adversity. If you gained anything from this video, all I ask is that you share some of the songs and quotes that motivate you to overcome difficult times.

I look forward to learning from you and watching you fight back!

“Nothing in the world can take the place of Persistence. Talent will not. Genius will not. Education will not. Persistence and determination alone are all powerful.” — Calvin Coolidge

“Circumstance does not make the man; it reveals him to himself.” — James Allen

“Believe nothing merely because you have been told it.” — Buddha

“What matters is not the idea a man holds, but the depth at which he holds it.” — Ezra Pound

“The obstacle in the path becomes the path.” — Ryan Holiday

“You can’t change the past, but you can ruin the present by worrying about the future.” — Unknown

“The best way to predict your future is to create it” — Peter F. Drucker

“Surround yourself with people who remind you more of your future than your past.” — Dan Sullivan

“Results are obtained by exploiting opportunities, not by solving problems. ” — Peter F. Drucker

Eye of the Tiger – Survivor

I Will Survive – Gloria Gaynor

Renegades of Funk – Rage Against the Machine

Killing in the Name – Rage Against the Machine