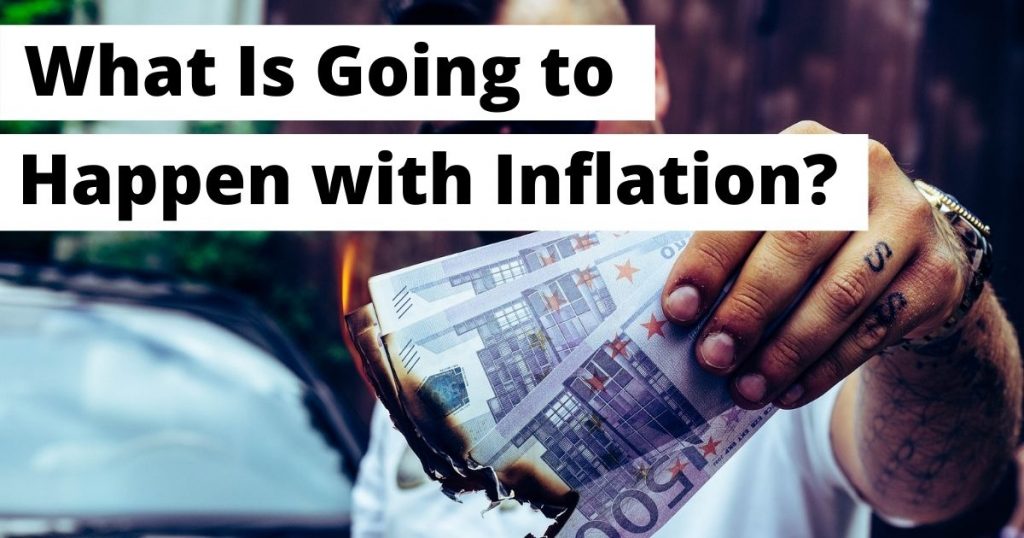 Many forces at work impact inflation. There are current trends that cause both inflationary and deflationary measures. Whether we’ll see inflation or deflation in the future depends on which of these forces dominate. We presented our Valuation Master Class Boot Camp students with four different scenarios and asked them to make an argument for the specific scenario we assigned them. The four scenarios are as follows: inflation is going to remain flat, see a high and long rise, head for deep inflation, and lastly that we’ll see long-term deflation. 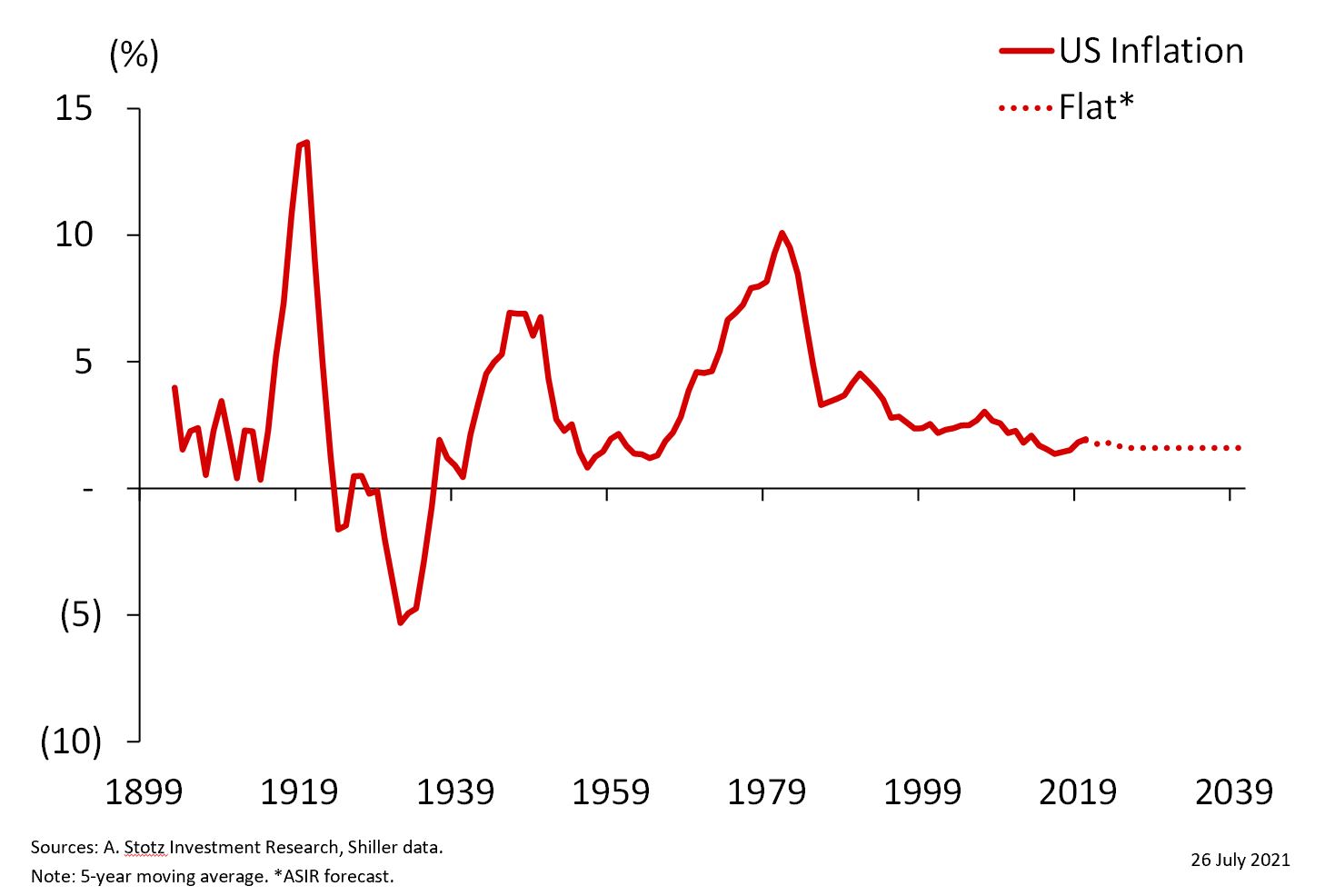 Juliet concluded from an article in the Financial Times that, so far, government spending did not translate into higher consumer spending. Though tapering isn’t off the table, deflation is considered a bigger threat to the economy than inflation; hence, the Fed will do everything to avoid falling prices in the US.

Excessive government spending to stimulate consumer spending has led to a higher debt burden. The increase in debt constrains the ability to provide sustained government spending. The prospect of rising rates is another constraint. As a result, inflation is likely to stay relatively flat, Oliver concluded from an interview with Chen Zhao in The Market.

According to the research Sirada presented, the recent increase in inflation was mainly caused by temporary factors, e.g., used cars, commodities, airfares. More significant long-term factors have remained unchanged and are likely to stay relatively flat, e.g., rent and healthcare comprise almost 50% of the CPI.

In one article, Methichai found that lumber and copper prices are beginning to decline after reaching their peak during 2020. If oil prices were to stop rising, this could mark the end of the temporary inflation uptrend.

Kantanach’s presented an article suggesting that technological innovation is making production cheaper and allowing competitors to reduce prices; hence, this could mean that the deflationary downcycle could continue for another decade.

Scenario 3: Inflation is going to rise, and rise high 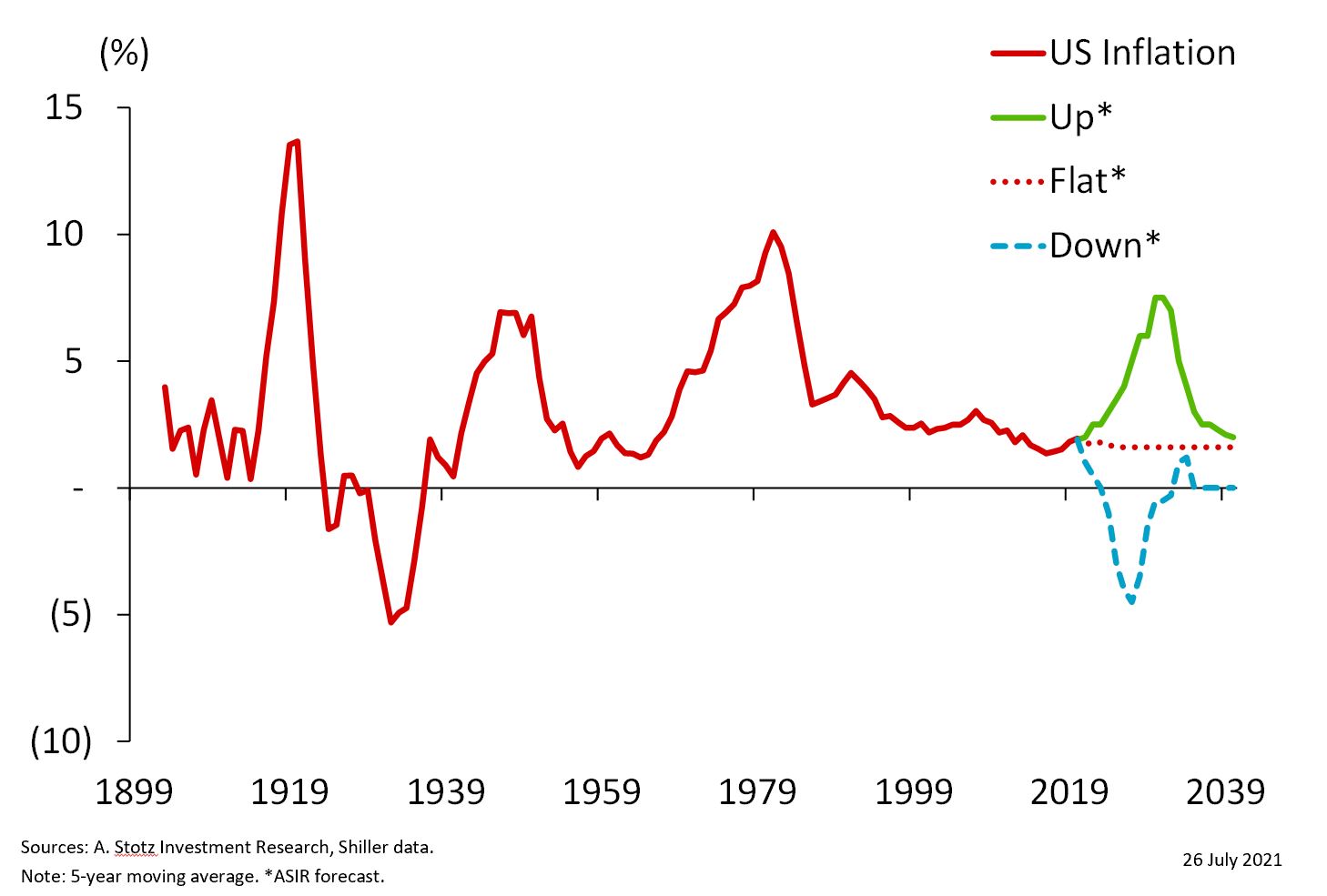 Fed’s money printing is a time bomb, and it is going to explode sooner or later

The US government has injected over US$5 trillion in pandemic-related stimulus into the economy; still, the economy is far from full capacity, according to an article on CNBC that Carlo reviewed. An increase in the employment rate will put upward pressure on wages, which in turn will spur inflation.

Self-fulfilling prophecy: Inflation can start from consumer expectations of inflation

Christen’s article explored the possibility of inflation becoming a self-fulfilling prophecy. When consumers believe inflation is coming, they tend to save less and spend more. This leads to an increase in the velocity of money, causing a wage-price spiral to occur and eventually results in inflation.

Deglobalization trend could disrupt supply chains in the long run

CNBC reported IMF’s view that the pandemic has caused many countries to relocate their production from foreign countries. More persistent supply chain disruptions constitute a long-term factor to support steady inflation, Todsaporn concluded from the article.

Scenario 4: We’re going into a period of deflation

Consumers seem to have lowed their expectations regarding a fast economic recovery, according to the research Paranat read. Despite the Fed stimulus, consumers remain cautious about spending. Hoisington Investment Management’s research paper showed that each $1 of additional national debt only leads to an increase of $0.4 in GDP, which suggests a deflationary trend in the short run.

Once supply chain issues are resolved, pressure on prices is released

Supply chain issues caused temporary inflation, and production could not keep up with demand, Brian learned from David Rosenberg. When the supply side does have the capability, government stimulus will begin to fade. Demand would drop considerably, leaving the prices to sustain at a low level or fall even further.

Changes in demographics impose a huge burden in the long run

Chatchada read the IMF Working Paper Impact of Demographic Changes on Inflation and the Macroeconomy, and Annop reviewed research done by Research Affiliates. We have an aging society globally, and the older we get, the less we tend to consume and contribute to the economy. This falling consumption will be a long-term deflationary force.