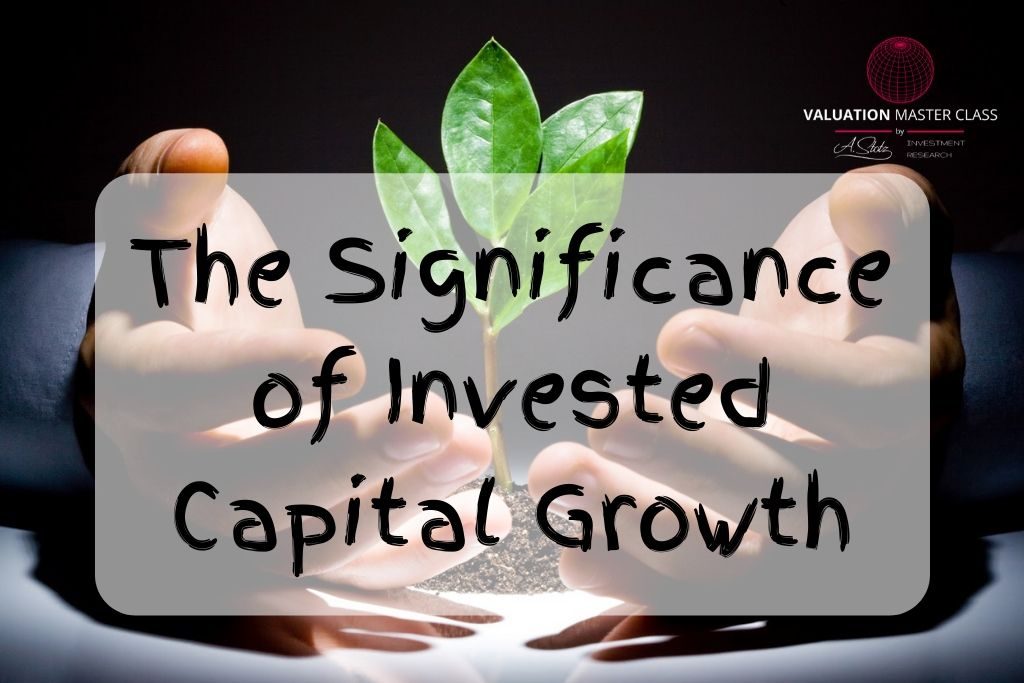 Invested Capital Growth is one of the most important forecasts in firm valuation. In this essay, I will explain the fundamentals of invested capital growth, its importance, and how to forecast it.

Invested Capital Growth and its Impact on Stock Price

Invested Capital Growth (ICG), as defined by The Economic Times, is “the appreciation in the value of an asset over a period of time.” It is calculated by comparing the current value of a stock, sometimes known as the market value of an asset or investment, to the amount paid when you originally bought it.

ICG is a widely used variable in a firm’s stock prices valuation calculation like Return on Capital (ROC) or Return on Invested Capital (ROIC). The ROIC shows how efficiently the company is using its invested capital.

ICG in its simplest form, can be viewed as the replacement of existing assets plus asset expansion.

When forecasting ICG, it is natural that we begin with the historical data and extrapolate it, factoring in various variables like firm lifecycle, industry, and sector average, as well as growth sustainability. No matter how high or low a company’s growth rate is over time, on average, it will grow at around the same growth rate as its local economy. The reason for this is, if any group of companies grew faster than the economy over the long-term, they would quickly become larger than the economy itself, which is an impossible outcome.

One very important factor to note in forecasting ICG is the “fade factor,” which measures how quickly invested capital growth decline in different sectors and across the entire market.

In a study conducted by McKinsey,1 found that firms that have excess returns and high growth rates will see their growth rates decrease quickly, but excess returns remain high. This study suggests that while revenue growth tends to revert quickly to average levels, the ROIC can remain high for extended periods.

When we forecast ICG, we tend to divide the growth period into the discrete and fade periods. In the discrete period, we normally forecast on a 5-year basis and assume that growth will decrease in the fade period. This is because as a firm achieves maturity, its profitability usually decreases to some extent. Since, in most valuations, we assume an ongoing business basis where most of the value comes from the terminal value, a smooth transition of cashflows from the discrete to the fade, and then to the terminal period is needed.

Why Some Firms Increase ICG and Others Reduce

When considering a new investment, a firm will assess all factors, including investment funding sources, firm philosophy, or social barriers, etc., as well as valuing the investment profitability. As a general guideline, a young firm tends to increase its invested growth, seeking market shares, and profitability. As invested capital grows, leverage also grows, thus making the firm riskier.

Therefore, as the firm matures, it tends to decrease its invested growth, seeking a more stable business structure and using its excess cash to pay dividends instead.

As demonstrated, ICG is one of the pivotal variables in firm valuation. Forecasting ICG is never an easy task, as we need to consider how best to weight the past growth history of the firm, the sector averages, and its costs to make this judgment for discrete, fade, and terminal periods.